How To Fight Fairly & Finally Take The Gloves Off

"How can I communicate better with my partner?"

"I know I have to stop fighting below the belt. Help!"

"How do I get my point across without causing a conflict." 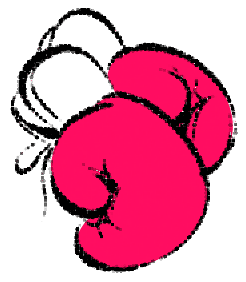 Every single relationship, whether romantic or not, has their fair share of disagreements, arguments, fights and conflicts.

It can be a challenge to both resolve a disagreement and effectively relieve the associated tension with it.

However, resolving conflict is critical and well as coming to a mutual agreement that satisfies both parties.

Follow these 5 strategies the next time an argument arises:

Adopt an attitude of seeking a solution €“ not trying to win. It's important to keep the goal in mind, and the goal is not to prove that you're 'right.' The goal is to understand the other's point of view, communicate your own, and then search for a solution that meets both of your needs.

What do you focus on when you fight? Do you need to change this?

Speak up before something becomes a major issue. If he's driving you crazy by not replacing the cap on the toothpaste, bring up before it's happened for the 50th time and you're on the verge of screaming. We all wish others could read our minds at times, but to date, no one has been proven to have that ability.

Do you say anything at all before your bubble bursts?

Be Clear About What's Bothering You.

Be specific and address the behavior. Saying, "I get upset when you leave your dirty clothes all over the floor. I would be happier if you put them in the hamper." will go over better than, "Why can't you pick up your clothes?"

What's pissing you off?

Listen to the response. Often times, the person that's upset isn't in the mood to listen. If you want to solve your dilemma, you must listen to make progress. Remind the other person to address the behavior and not let it become personal.

How well do you listen?

After you've both had a chance to present your perspective, brainstorm a solution together. Be willing to compromise, but that doesn't mean you have to give in. Giving in just postpones the fight to another day. Be ready to forgive and move on when a solution is reached.

Fighting fair isn't just the loving thing to do. It's also the best way to reach an agreement and diffuse a situation.

If you don't, your relationships will be short, unfulfilling and tumultuous. That's not the way to live a happy life.

How will you know a good solution has been reached?

You'll know that that a good solution has been reached when both parties are satisfied and the issue doesn't come up again in the future.

Make an effort to fight fair.

Your will enjoy stronger, healthier and more loving relationships.

Top 7 Things To Look For In A Soul Mate

How To Quickly Fix Your Relationship Trust Issues

How To Achieve Relationship Success In 15 Steps

101 Secrets To Loving and Lasting Relationships - Part I

11 Ways To Tell If You Are In A Healthy Relationship

The Top 7 Things To Talk About Before Getting Married

How To Fight Fairly & Finally Take The Gloves Off

How To Meet Your Perfect Mate In Just 6 Steps

Search
Are you sure?
Please, enter a value here